So sad to come to the end of a trilogy.  Great book!  Great series!


In East Salem, the elite St. Adrian’s Academy is at the nexus of a satanic apocalypse—and the fatal tide is rising.
When Hieronymus Bosch’s Garden of Earthly Delights is reunited with the pagans who commissioned it, a dark prophecy begins to unfold in East Salem, beginning with a savage double-murder by hellish creatures straight out of the painting itself. The lone survivor of the attack, a seventeen-year-old Brit, finds sanctuary at Tommy Gunderson’s home—and the place is soon surrounded by demons who seem to be biding their time…but for how long?
Tommy’s pond has been contaminated with Provivilan—an insidious drug that could transform New York City’s children into an army of violence-addicted murderers. But for an occult cabal in the upper echelons of Linz Pharmaceuticals, contaminating the water supply is just part of an ancient conspiracy against all of humankind.
As the clouds gather, Tommy and Dani realize they must infiltrate Linz and St. Adrian’s to stop the dissemination of Provivilan. Even then, it could take a tangible eruption of the battle between angels and demons to save humanity from the supernatural evils that have been summoned to East Salem.
*  *  *  *  *  *  *  *  *  *  *  *  *  *  *  *  *  *  *
Lis Wiehl with Pete Nelson have written another top-seller!  East Salem Trilogy began with Waking Hours #1 and continued with Darkness Rising #2.  The story picks up on December 20th; George Gardener and Julian Villanegre are escorting Reese, a young man home from St. Adrian's, to England at Tommy Gunderson's wishes.
The evil that has taken over St. Adrian's Academy is seeping out into the world.  Dani and Tommy continue to battle the unseen forces while protecting those they love and care about.  As the demon creatures surround Tommy's home, his love for all thing "techy" helps them see what they are really up against.  With Reese's help and others, the true satanic conspiracy becomes clear and the battle lines are drawn.
I once again enjoyed being immersed in the world of good versus evil.  Thanks to Lis Wiehl for crafting a wonderful story of God's faithfulness to His children!
I received a complimentary copy of Fatal Tide from BookSneeze and Thomas Nelson for my honest review. 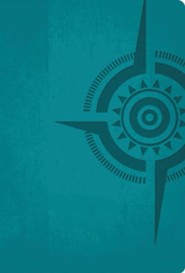 The Study Bible
for Navigating Your Life
The Voice Translation:
Step into the Story of Scripture
Thomas Nelson Publisher
ISBN: 978-1-4016-7911-8 (Hardcover)
Available February 2014


The concept in the Compass Study Bible (Thomas Nelson), is one that originated from readers. Through a series of focus groups and research, a need was discovered and reiterated by consumers for a new type of Bible that helped them find answers but didn’t tell them what to do or how to live their lives.

Written in The Voice translation, Compass Study Bible aims to provide a non-threatening package of God’s Word that becomes a companion to the work-a-day person. Compass is meant to help readers become more in step with a biblical worldview by providing points of connection between issues of everyday living and the biblical narrative.  ~  Publisher description

For those not familiar with this translation, "The Voice is a dynamic equivalent translation that reads like a story with all of the truth and wisdom of God's Word. Through compelling narratives, poetry, and teaching it invites readers to enter into the whole story of God with their heart, soul, and mind. This bold new translation engages readers like no other Bible" (www.hearthevoice.com).


For I know the plans I have for you,” says the Eternal, “plans for peace, not evil, to give you a future and hope—never forget that."


NIV:
"For I know the plans I have for you,” declares the Lord, “plans to prosper you and not to harm you, plans to give you hope and a future."
The Compass Study Bible is written in an easy to follow style, much like a script of a play; the reader always knows who is speaking.  The in-text commentary notes helps to clear up any confusion in the section helping the reader understand God's Word in their heart and the ability to apply it to their lives.  The only concern I have is that, to the beginner Bible reader, the in-text commentaries may be mistaken as God's Word.
Overall, I enjoy the easy-to-follow text and additional information of the Compass Study Bible.
I received a complimentary copy of the Compass Study Bible for my honest review from Thomas Nelson Publisher and Shelton Interactive.
Blessings,
Ellen 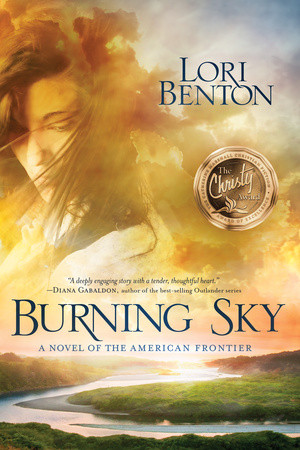 Set in the late 1700s, the settlements of New York are battling Indian raids and turmoil as part of the American Revolution.  At the age of 14, Wilhelmina was abducted by the Indians and was adopted by an Indian mother and renamed Burning Sky. In time, she embraced the life of the people; marrying a warrior and having two daughters.  After the deaths of her husband and children and the relocation of the Indian tribe, she decides to return to her true family.  When she returns to the family homestead, she is met with more questions than answers, and no parents to welcome her home.  Although she is a white woman, the townspeople do not embrace her return.  Caught between two worlds, Wilhelmina does not know where she truly fits in.  As she fights to keep her family's land, will she be able to open her heart to love again?

Burning Sky is a wonderful book of loss and redeeming love.  Set in a time period when turmoil was everywhere, Lori Benton has written a story that many freed white captives had faced when returning home.  Were they Indian? White? Both?  The story of Burning Sky came to end too quickly.

I received a complimentary copy of Burning Sky from WaterBrook Press for my honest review. 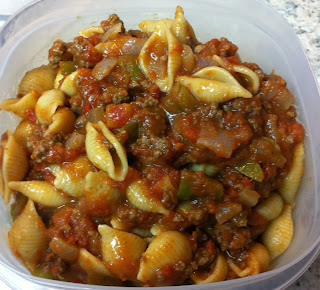 When money is tight, we go straight to the pantry to see what we can pull together for dinner.  This particular night, I found the fixings for a homemade Mexican-style Hamburger Helper.

1.  Cook pasta according to directions on box.

3.  After beef is cooked, drain fat from the pan.

6.  Combine with the cooked, drained pasta.

P.S. - Please excuse my.... ummm.... errrr.... simplistic photo.  My family agreed this recipe was a keeper after we had begun clean-up!  I will update with a more pleasant photo next time we make this tasty dish!
Posted by Ellen at 11:43 AM 0 thoughts shared

Email ThisBlogThis!Share to TwitterShare to FacebookShare to Pinterest
Links to this post
Labels: Frugality ~ Living Well on Less, Recipes

The Secret Keeper... a book review 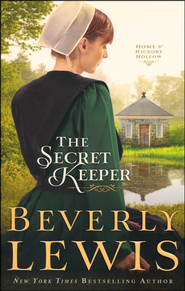 
Jenny Burns seemingly has a wonderful life.  Born into a wealthy family in Hartford, Connecticut, she never truly feels part of the family or lifestyle.  Desiring to surround herself with items from a foregone era, she finds contentment working in an antique store as an appraiser since graduating from college.  After befriending Marnie in Hickory Hollow two years ago, she has kept in contact with her new Amish friend.  Marnie has everything she desires, a simple life away from all the modern trappings of the 21st century.

Can Jenny leave the family she was born into and embrace a family of faith which her soul yearns for?


I always enjoy Beverly Lewis' stories of faith and family in the Amish community.  She has such insight into their customs and lives that she transports each reader into their midst, if only for a short time.
Reading Jenny's desire for a more simple life rings home to me, and most likely many other overworked, stressed out women in our modern society.  I would love to be able to center my life around God and my family without worrying about outside influences, work, stock market crashes, and more.

I received a complimentary copy of The Secret Keeper from Bethany House for my honest review.

Ellen
Posted by Ellen at 10:52 AM 1 thoughts shared