Day 1 – December 24:  The Visit.    “In the sixth month of Elizabeth’s pregnancy, God sent the angel Gabriel to Nazareth, a town in Galilee, to a virgin pledged to be married to a man names Joseph, a descendant of David.  The virgin’s name was Mary.”  Luke 1.26-27 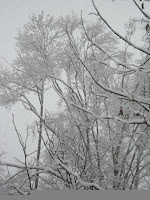 Day 2 – December 25:  The Birth.    “While they were there, the time came for the baby to be born, and she gave birth to her firstborn, a son.  She wrapped him in cloths and placed him in a manger, because there was no room for them.”  Luke 2.6-7
Day 3 – December 26:  The Shepherds.    “And there were shepherds living out in the fields nearby, keeping watch over their flocks at night.   When they had seen him, they spread the word concerning what had been told them about this child…”  Luke 2.8, 17
Day 4 – December 27:  The Sacrifice.    “When the time came for the purification rites required by the Law of Moses, Joseph and Mary took him (Jesus) to Jerusalem to present him to the Lord…”  Luke 2.22
Day 5 – December 28:  The Man and Woman.    “Now there was a man in Jerusalem called Simeon, who was righteous and devout.  He was waiting for the consolation of Israel, and the Holy Spirit was on him.      There was also a prophet, Anna, the daughter of Penuel, of the tribe of Asher.  She was very old; she had lived with her husband seven years after her marriage, and then was a widow until she was eighty-four.  She never left the temple but worshiped night and day, fasting and praying.”  Luke 2.25, 36-37
Day 6 – December 29: The Return Home.    “When Joseph and Mary had done everything required by the Law of the Lord, they returned to Galilee to their own town of Nazareth.  And the child grew and became strong; he was filled with wisdom, and the grace of God was on him.”  Luke 2.39-40
Day 7 – December 30:  The Wise Men.    “After Jesus was born in Bethlehem in Judea, during the time of King Herod, Magi from the east came to Jerusalem and asked, ‘Where is the one who has been born king of the Jews?  We saw his star when it rose and have come to worship him.’”  Matthew 2.1-2
Day 8 – December 31:  The Escape.    “When they had gone, an angel of the Lord appeared to Joseph in a dream.  ‘Get up,’ he said, ‘take the child and his mother and escape to Egypt.  Stay there until I tell you, for Herod is going to search for the child to kill him.’”  Matthew 2.13
Day 9 – January 1:  The Threatened and The Weeping.    “When Herod realized that he had been outwitted by the Magi, he was furious, and he gave orders to kill all the boys in Bethlehem and its vicinity who were two years old and under, in accordance with the time he had learned from the Magi.  Then what was said through the prophet Jeremiah was fulfilled: ‘A voice is heard in Ramah, weeping and a great mourning, Rachel weeping for her children and refusing to be comforted, because they are no more.’”  Matthew 2.16-18
Day 10 – January 2:  The Remembering.    “…but his mother treasured all these things in her heart.”  Luke 2.51b
Day 11 – January 3:  The Baptizer.    “…the word of God came to John son of Zechariah in the wilderness.  He went into all the country around the Jordan, preaching a baptism of repentance for the forgiveness of sins.”  Luke 3.2b-3
Day 12 – January 4:  The Baptism.    “When all the people were being baptized, Jesus was baptized too.  And as he was praying, heaven was opened and the Holy Spirit descended on him in bodily form like a dove.  And a voice came from heaven: ‘You are my Son, whom I love; with You I am well pleased.’”  Luke 3.21-22
Posted by Ellen at 4:11 PM