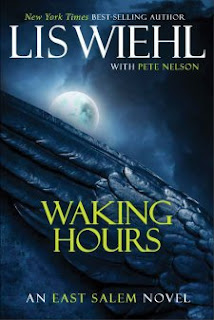 Salem, Massachussetts, has never been known to be a quiet, sleepy town.  With its history of witch hunting and trials, it seems forever shrouded in the supernatural.  Is there more to Salem than we know?
Scene 1: the night of the full moon
A nongenarian - Abbie Gardener, a former town librarian - slips away from her nursing home to deliver a message to Tommy Gunderson, an ex-professional football player.  Her message is spoken in Latin as she pushes a disemboweled frog into his hands.  She mutters, "These are the first to go.  You'll be the last."
Scene 2: the same night around 2:13 AM
A gruesome, ritual-style murder of a teenager girl takes place on Bull's Rock Hill.  The only clue located at the crime scene... a cell phone belonging to Liam Dorsett, another teenager.  When the police go to East Salem High School to pick him up for questioning, he calls Tommy Gunderson - his coach/trainer from All-Fit Sports, Health, and Fitness Center -for help and support.
Scene 3: the investigation begins...
As a forensic psychiatrist whose firm consults with the DA's office in East Salem, Dani Harris is called in to help work the case.  It is her job to determine whether defendants were sane enough to assist in their own defenses or evaluating defendants or witnesses who were usually involuntary and often hostile participants.  As she begins to evaluate Liam and his story, she is assisted by Tommy Gunderson who is currently in college to become a private investigator.
Read the first chapter of Waking Hours!
All the suspects are teenagers who were at a party with the girl–yet none remembers what happened. Could one of them be a vicious killer? Or is something more sinister afoot–something tied to an ancient evil?
"It will take astute analysis and forensic skills to solve the crime. But Dani and Tommy suspect there’s more the the mystery than murder, more to their growing friendship than chance… and more to the evil they’re facing than a mere human killer."
This novel is the first in a new series... An East Salem Novel.  I loved this book... the believability of the characters... the historical supernatural woven into it... the use of current events within the story.  Read the book and you won't be disappointed!  I can't wait until the next book is released!
My rating: 6 out of 5 stars.  Yes, it is that good!
I received a complimentary copy of Waking Hours from Thomas Nelson Publishers and the Booksneeze Blogging program for my honest review.
Blessings,
Ellen
Posted by Ellen at 12:01 AM