1979   America gets a scare when the Three Mile Island nuclear power plant in Pennsylvania malfunctions; thousands flee, but no one is injured. 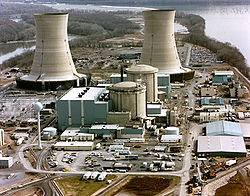 Photo Credit
March 29
1848   An ice jam at the source of the Niagara River causes Niagara Falls to stop flowing for the first time in recorded history.


March 31
1933   Congress establishes the Civilian Conservation Corps to help put men to work during the Depression.

1970   Explorer I, the first U.S. Satellite, reenters the atmosphere after twelve years in orbit. 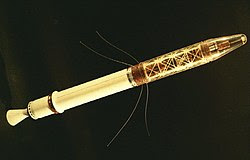 Photo Credit
April 1
1865   Union troops win a victory at the Battle of Five Forks, Virginia, causing Robert E. Lee to tell Jefferson Davis that Petersburg and Richmond must be evacuated.


April 2
1917   Woodrow Wilson calls for a declaration of war against Germany, saying, "The world must be made safe for democracy."