1920   Prohibition begins, outlawing the sale of liquor, as the Eighteenth Amendment goes into effect.

1919   The post-World War I peace conference begins in Paris, ultimately resulting in the Treaty of Versailles, which sets the terms for the end of the war.

1949   Harry Truman's inauguration is the first to be televised. 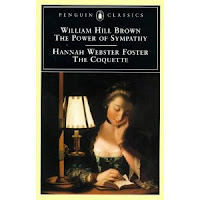 1789   The first novel by an American writer published in America, The Power of Sympathy by William Hill Brown, is printed in Boston.
1950   Former State Department official Alger Hiss is convicted of perjury regarding allegations that he was a spy for the Soviet Union.
January 22
1939  The uranium atom is split for the first time using a cyclotron at Columbia University in New York City.
1973  The Supreme Court hands down a decision of Roe v. Wade, legalizing abortion.